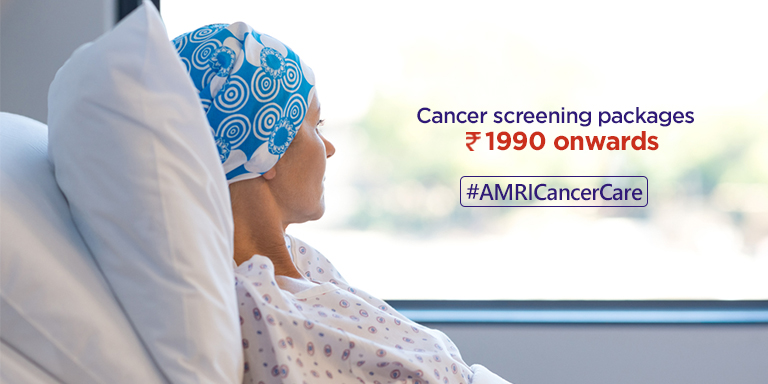 In a bid to raise awareness and work towards a cancer-free society, AMRI Hospitals geared up to launch a campaign on the World Cancer Day. The campaign not only aims at spreading awareness about the often-fatal disease, but also offers Cancer Screening Packages for people in West Bengal and Odisha.

As a part of the awareness campaign, AMRI Hospitals educated the people about the disease through Social Media. It is important for the masses to have a proper understanding of cancer and avoid misinformation, which can prove to be dangerous for a person suffering from cancer. On the other hand, early detection of the disease can help reduce the risk.

This is not the first time AMRI Hospitals have launched an awareness campaign for the prevention of a deadly disease. The healthcare provider is known for launching such campaigns on various important days throughout the year. These campaigns not only help the masses in obtaining vital information about various diseases, but also help in breaking the myths about them.

Cancer is one of the fatal diseases with an increasingly high incidence in India. Breast cancer, cervical cancer, head & neck cancer, prostate cancer, lung cancer, etc., are very common in India. According to statistics, around 9.6 million people die from cancer each year across the world. It is more fatal than many diseases, such as HIV/Aids, malaria, Tuberculosis, etc. The experts project the cancer deaths to rise around 13 million by 2030, if no action is taken.

World Cancer Day, celebrated on 4th Feb, plays an important role in reducing the risk of this deadly disease. It is intended to fight against cancer by spreading awareness and encouraging the people to go for cancer screening and treatment to prevent the risk. However, it is important for the healthcare providers around the world to support this cause.

The awareness campaign launched by AMRI Hospitals will provide a good opportunity to the people to go for cancer screening at affordable rates and start their fight against the cancer. The cancer screening packages are offered at Rs 1990 for males, while females can avail the same for Rs 2490. So, it’s your turn to take action, get involved and choose a cancer-free life.

For any enquiry visit AMRI Hospitals.