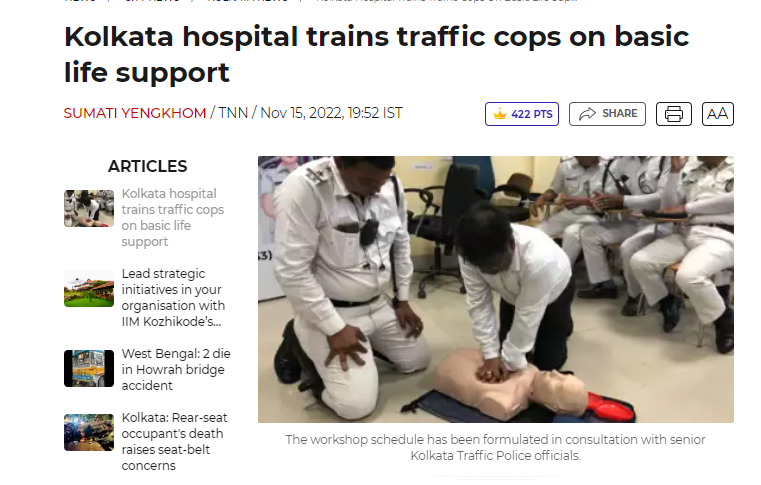 KOLKATA: In a bid to make the Kolkata Police's Traffic department better equipped in handling victims of road traffic accidents and other health setbacks while on the city’s streets, AMRI Hospital, Dhakuria on Tuesday launched a workshop to train traffic sergeants, constables, and civic Police volunteers in Basic Life Support (BLS).

Around 50 cops from across the 25 traffic guards of Kolkata Police attended the first session on Tuesday. The BLS workshop, which includes learning how to provide CPR (Cardiopulmonary Resuscitation) and other basic life-saving skills, will be conducted at all the traffic guards of Kolkata Police through ways of visual medium, practice mannequins, and hands-on training at each of the 25 Traffics Guards in the Kolkata Metropolitan Area.

The workshop schedule has been formulated in consultation with senior Kolkata Traffic Police officials and is expected to be conducted thrice a week over the next three months. Besides AMRI Dhakuria will also provide some basic health check-ups, like measuring blood pressure and blood sugar, along with pulmonary function test, since traffic police personnel have prolonged exposure to vehicular pollution.

They will also be offered physiotherapists’ advice on correcting posture for wrist and spine, particularly for Sergeants, who spend a lot of time riding bikes, and also for feet since traffic constables and civic volunteers spend a significant amount time period standing.

Appreciating the initiative by the hospital during the inauguration of the BLS workshop, Pandey Santosh, Joint Commissioner of Police (Traffic), said “We are grateful to AMRI Hospitals for organizing this workshop. Through this programme, we will be able to train around 3,000 traffic police personnel across the city. We hope AMRI will continue to provide such support to us. This training will help us provide even better service to the city residents," he said.

Rupak Barua, Group CEO, AMRI Hospitals, said, “The Kolkata Police takes care of us throughout the year so we wanted to give back something to them. We will provide the initial training to around 500 police personnel and from among them the best will be selected by our trainers who will continue to train their colleagues so that we can reach all 3000 of them to manage life-saving situations. We are also offering them some awareness on lifestyle disease management, which is important for the police because of their irregular duty hours.”

Barua added that doctors and Emergency staff at AMRI Hospitals have often come across several victims of traffic accidents being brought in dead. “The idea of this workshop came from such incidents making us realize that many of them would have been saved if someone had provided them basic lifesaving support like CPR. This workshop will also help the police to understand if an elderly person on the street is suffering from a stroke, cardiac arrest, or even hypoglycaemia (drop in blood sugar levels), which is quite common among senior citizens, and can be reversed with just a teaspoon of sugar.” 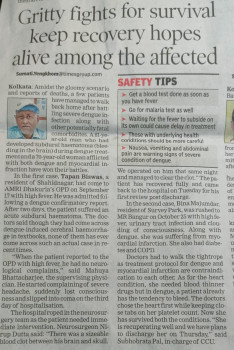 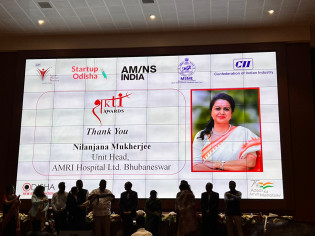 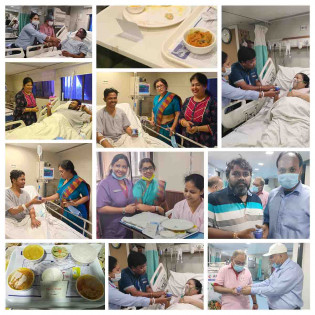