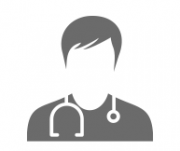 Kolkata, 10.06.2022: When Apurba Kumar Goswami got admitted to AMRI Hospital, Mukundapur, under General Surgeon Dr Susenjit Prasad Mahato in the third week of May, the treating doctor and his team could not have imagined the surprise that awaited them inside the 34-year-old patient.

The patient had Situs Inversus Totalis (SIT), where the internal organs are transposed on the opposite side of the body. A rare anomaly, it is estimated to be found in one among 20,000 people. In Mr Goswami’s case, while his liver and gall bladder were found on the left, his stomach and spleen were inclined towards the right. Even his heart was placed on the right side of the chest, instead of the usual left positioning.

Mr Goswami came in with compliant of acute pain on the left side of his stomach and was admitted through the Emergency. Dr Mahato was initially baffled but after conducting ultrasonography and other tests, he traced the pain to the patient’s gall bladder, which had got infected and was filled with pus. Since his gall bladder was on the left, which is usually found in the right side of the body, below the liver, Dr Mahato had faced initial difficulties in understanding the disease.

While his inflated gall bladder had some stones inside, and the organ was pressing on to his bile ducts, he was also detected with jaundice, causing further problems. In order to surgically treat Mr Goswami’s gall bladder, the doctors had to address these issues first and the case was referred to Senior Consultant, Gastroenterology, Dr Gautam Das for ERCP. The procedure – Endoscopic Retrograde Cholangiopancreatography – is used to diagnose and treat problems in the liver, gallbladder, bile ducts, and pancreas, combining X-ray and endoscope.

“I conducted ERCP to implant a stent inside his bile duct so that the issue she faced could be controlled and his gall bladder could be surgically treated, which was crucial to save his life. The position of his internal organs, however, made it difficult to conduct the ERCP since the maneuvers needed to conduct the procedure is usually done with the right hand on the right side. In his case, I had to do it form the reverse angle,” Dr Das said.

After a successful ERCP procedure, Dr Mahato and his team took over to conduct surgery so that his gall bladder stones and the pus-filled infection could be treated. “Both the ERCP procedure and the surgery were difficult as we had to improvise our ways to conduct surgery on organs which are not where they are supposed o be. The surgery took around two hours. Patient’s recovery has been quite good and he’s doing quite well now,” Dr Mahato said.

Both Dr Das and Dr Mahato agreed that conducting ERCP and laparoscopic cholecystectomy in a patient like Mr Goswami are technically more demanding as it needs doctors to reorient their visual motor skills, focusing on the abdomen’s left upper quadrant, instead of the right upper quadrant, due the positioning of his organs.

Mr Goswami, a 34-year-old Kasba resident, said that he was aware that he had dextocardia, a congenital condition where the heart is pointed towards the right instead of the left. “When I was around four years old, I had severe chest congestion and my father had taken me to a doctor, where an X-ray revealed about the unique positioning of my heart. I, however, had no idea that all my internal organs were in opposite positions,” he said.

“I have been suffering from pain on the left side of my stomach since 2018 but despite conducting necessary tests nothing was revealed and doctors could not understand the reason behind the acute pain. I am grateful to Dr Mahato and Dr Das for finding out what was wrong with me and providing me the right treatment,” he added.

Doctors Mahato and Das both said that Situs Inversus Totalis is a rare congenital abnormality but most affected individuals can live a normal life without any disabilities. They also pointed out that misdiagnosis of SIT can have dire consequences for a patient’s quality of life and in case of undiagnosed pain, like Mr Goswami suffered from, doctors should explore all options. 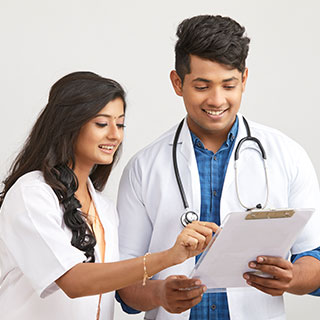 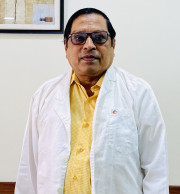 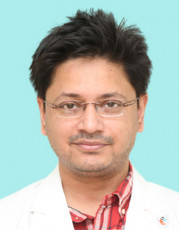 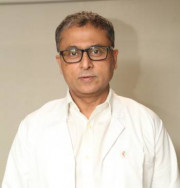 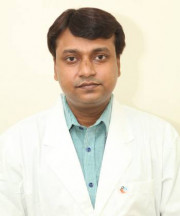