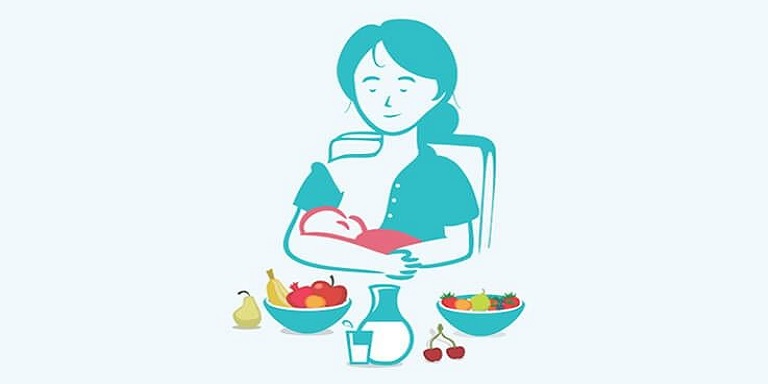 WHEN DOES THE BREAST MILK OF A MOTHER DRY UP COMPLETELY?

There is no maximum age, up to which a mother can produce breast milk. Whenever the pregnancy happens, the lactogen process starts immediately. Usually after the age of 40, there are certain hormonal changes in the body, due to which the production of the breast milk is hampered. So, the ideal child bearing age is from 22-35 years, suggest doctors at AMRI Hospitals in Kolkata.

During this process, if a woman gets pregnant, then the lactogen process starts off from the latter part of pregnancy, and the mother starts to produce breast milk. In the initial 6 months, the breast milk production is the highest. After 1-2 years, the production gradually ceases. Production of milk in the breast is a process that hormone levels influence during and after pregnancy.

A woman’s ability to breastfeed can rely upon many factors. For the most part, breastmilk production depends on loss of milk to provide more (supply and demand). Additionally, it’ll rely upon the Mother’s health, like sufficient calorie intake and emotional well-being, as well as healthy endocrine levels. So long as a lady will tick these boxes and steers clear from lowering her medications, does not have excessive amount of stress and isn’t menopausal, she will definitely be able to continue producing milk. What is more important is that even years after a lady has stopped breastfeeding and lactation has ceased, she will be able to still hand express some milk!

Additionally, it depends on the mother that for how long she usually feeds her baby, as its all demand and produce. The very first thing everyone knows is that nothing will beat the healthy aspects from milk that a baby can get, explain medical practitioners at AMRI Hospitals, one of the best child hospital in Kolkata. The breastmilk therefore cannot be supplemented at least for the first 6 months after the birth.

Some mothers feed their babies until 6 months; some do not feed because of various reasons like baby will not latch etc. Therefore low milk production leaves baby hungry, for which they switch to bottle feed etc. After a baby is born, the mothers’ breasts function to provide colostrums, which is the initial milk for the baby. Now whether or not the baby has it, the breasts will contain that milk since like seven months of physiological state.

If baby isn't fed, then the milk production can stop on its own. If the baby is fed regularly, then milk production continues.If the mother decides not to breastfeed her baby, her breasts won't be emptied once they begin producing milk. This may prevent breasts from producing milk, and the breasts can come back to near pre-pregnancy size. As long as the milk is not emptied from the breasts, they will become congested and swell, typically inflicting discomfort and pain on the mother. After some days, the breasts can "give up" making an attempt to supply milk and become smaller and less painful.

After delivery, as long as the milk comes out and the child continues to drink it, the woman will be able to produce milk. Once she stops expressing the milk, the breasts can stop lactating, till pregnancy happens once more.

According to the medical practitioners at AMRI Hospitals, one of the best hospitals in Kolkata, a woman can produce breast milk for twenty, thirty or more years, as long as there is a constant need for it,.

What are the two types of breast milk a woman produces?

There are two types of breast milk: for the initial few days, there is thick yellow coloured milk called the Colostrums, followed by the normal milk.

The yellowish liquid that women start to secrete during the end of pregnancy after giving birth is nothing but the colostrum. For many reasons, it is an important substance for the first few days of a baby’s life. Colostrum is a yellowish liquid that is secreted by the breast. It has a high content of proteins and minerals. The production of colostrum is carried out when the mammary glands are preparing to generate milk which will serve as the exclusive food for the baby during the first six months of life.

Colostrum is extremely vital for the baby throughout the primary days after birth. Besides breast milk, which will be incorporated a bit later, it constitutes the basis of the mandatory diet for this vital stage of a baby’s life.
Here are a couple of advantages that colostrum provides:
• They are a good supply of vitamins, minerals and calories. Most of the nutrients that a baby needs throughout the primary days may be found in high concentration in foremilk, as per the medical practitioners at AMRI Hospitals, one of the best child hospital in Kolkata.
• Provides protection against several diseases.
• Stimulates the primary stool referred to as faeces, which is a dark inexperienced stool, composed of the animal tissue cells of the intestines, water and gall.

What does colostrum contain?

As we have explained earlier, milk is an important supply of nutrients for babies throughout the primary days after childbirth. Here are many vital elements of this special milk:
• Amino acids that are elementary for cellular metabolism.
• Immunoglobulins enable the body to defend itself against infections and alternative threats.
• Vitamins allow the metabolism of proteins, fats and carbohydrates.
• Cytokines contain antivirals and play a crucial role within the development of joints.
Colostrum contains several alternative components that are necessary for numerous functions. It conjointly plays a crucial role, once it involves growth and immunity.

Normal milk can be of two types:

Normal milk can be of two types again: foremilk and hindmilk. Foremilk is the first milk that comes out from the breast. After few minutes, the latter part of the milk that comes is called the hind milk. Every infant needs these two types of milk at a time. So, it is advisable that mother empties one breast at a time, so that the baby can get both the foremilk and hind milk together. After that, they should move to other breast so that they can get both the foremilk and hind milk for the second time. The milk production can continue for up to a period of 2-3 years.

Breast milk, the healthiest food you can give to your baby, contains fat, which babies and even young kids need to grow and help their body absorb and process essential vitamins and minerals. If you're pregnant and researching about breast milk, fat content will come up in the context "foremilk" and "hindmilk."

Experts differentiate foremilk and hindmilk once a baby receives it during a feed. Colostrum is what your baby gets at the start of a feed, whereas hindmilk is the breast milk your baby consumes towards the tip of a feeding session. La Leche League International explains how milk turns into hindmilk: "As milk is created, fat sticks to the edges of the milk-making cells and therefore the watery part of the milk moves down the ducts toward your reproductive organ, where it mixes with any milk left there, from the last feed. The longer the time between feeds, the more diluted the leftover milk becomes."

There is no actual time lapse as to when milk become hindmilk. As your baby latches and feeds, the breast milk he consumes becomes fattier over time because the breast drains it fully.
Foremilk and hindmilk contain all the nutrients that build breast milk, and therefore is very precious for your baby. The minimal distinction is that hindmilk has higher amounts of fat and contains additional calories, explain doctors at AMRI Hospitals Kolkata. On the other hand, foremilk contains less fat; however is high in milk sugar, (i.e., sugar) which is additionally essential in your growing baby's diet. An excessive amount of milk may result in temporary genetic disease for a baby. It may additionally cause some babies to be additional fussy, gassy or show pain symptoms, or have loose inexperienced internal organ movements.

Although colostrum is only produced in limited quantities, it plays an important role in the lives of newborns. It’s important to emphasize once again, the importance of breastfeeding cannot be ignored at the start of a baby’s life.