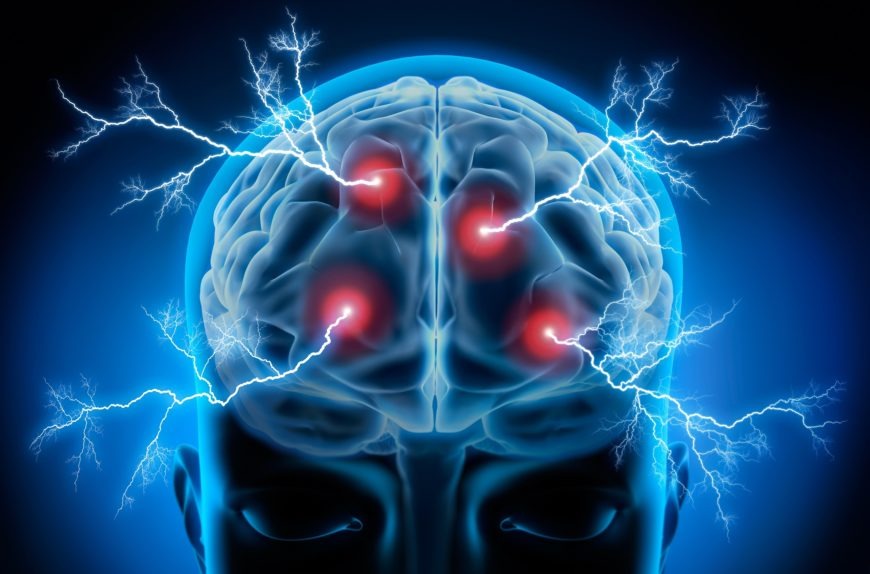 Epilepsy is a type of central nervous system disorder characterized by repeated seizures. People suffering from epilepsy experience neurological imbalance resulting in two or more episodes of unprovoked seizures. At the same time, seizures occur due to the interruption of sudden and synchronized bursts of electrical energy in the nervous system, causing abnormality in movements, sensations, and significantly unconscious behavior or patterns.

It might often be hard to detect when someone is having a seizure. Neurologists of AMRI Hospitals explain there are several types of seizures with unusual symptoms affecting different people differently.

Here we would like to provide some insight into various types of epilepsy and seizures in adults, with their signs and symptoms.

Generalized seizures affect both sides (hemispheres) of the brain simultaneously. They attack the body’s muscular movements, cause spasms, stiffening, shaking, muscle contractions, or loss of muscle tone accompanied by unconsciousness

Absence Seizures, also termed as ‘petit mal’ seizures, reflect rapid blinking, lip-smacking, or constant blank staring into space. These seizures start since childhood, resulting in clusters and cause a brief loss of consciousness

Myoclonic Seizures attack both sides of the body where a person may experience jerking. Usually, episodes of myoclonic seizure begin in childhood and continue in adult age

Progressive myoclonic epilepsy is a result of hereditary metabolic disorders found in the rarest of conditions. A few disorders, such as neuronal ceroid lipofuscinosis and mitochondrial encephalopathy, are responsible for epilepsy in people. However, seizure occurs with the symptoms of muscle rigidity, instability, or intellectual disability.

As the name suggests, reflex epilepsy affects a person’s response to environmental activities, such as flashing of light, sounds of a bell, loud music, etc. In severe conditions, a person can suffer during routine activities such as writing, reading, solving puzzles, or solving equations, as it can trigger a seizure. Sometimes, non-visual stimuli lead to generalised or focal seizures.

Focal seizures, also known as partial seizures, tend to perform abnormal activities in one part of the brain. These seizures are further categorised into different types:

Simple focal seizures affect a small brain region, resulting in an alteration of emotions and sensations, including a change in smell, taste, feel, or sound. However, a simple focal seizure doesn’t bring a loss of consciousness during the seizure

Complex focal seizures involve confusion, dizziness, or loss of awareness in a person: it is more like a stage of epilepsy where one cannot respond to questions, directions, or perform certain activities repeatedly

Secondary generalised seizures occur on one part of the brain and gradually affect the other sides, in which condition, episodes may last longer than a few minutes. In other words, patients experience a focal seizure followed by a generalised seizure

When are you required to consult a neurologist?

A person is advised to seek immediate medical when:

Breathlessness or unconsciousness persists after the seizure stops

If someone is pregnant

If someone has chronic conditions like diabetes or hypertension

If someone has self-harmed during the seizure

First-time seizures should not be left neglected