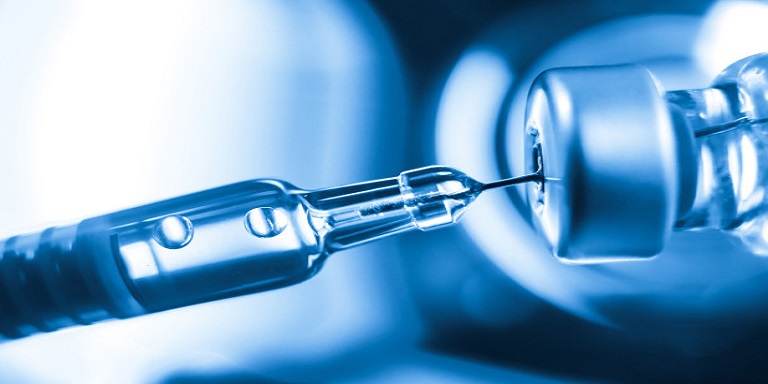 THE IMPORTANCE OF VACCINES

The ongoing World immunization Week is indeed a big opportunity to promote vaccination across all communities, for ensuring that they have good health all throughout. Not just that, immunization also helps to give thorough protection against all types of communicable and non-communicable diseases, explain health experts at AMRI Hospitals, the best child hospital in Kolkata. The hospital’s list of doctors includes a number of experienced medical practitioners.

Widely recognized for its success in saving lives of numerous people worldwide, and across India, these vaccination programmes have reached out to the most inaccessible communities with cost-efficient methods.

Vaccination is not just meant for children. They are meant to support and maintain good health condition of one and all. Vaccines ensure protection of our health and body at every stage of our life. But the process of vaccination does not end during one’s childhood. After that, an adult should dutifully, get vaccinated. This will not only ensure protection against any further ailments, but at the same time boost the efficacy of the already existing vaccines, which have been embedded in the body.

There are numerous challenges in implementing these immunization programmes. This is because, even today, people have deep-rooted thoughts and beliefs, guided by religious sentiments and dogmas. Even though the Indian government has worked hard to eradicate these issues, a great deal of work still needs to be done at the ground level to make people believe that the fruits of immunization can be beneficial to all, across all generations.

Ensuring vaccination across all age groups can help in complete eradication of various types of diseases and ailments, making people, communities and societies healthier. Making a country or a society disease-free will ultimately help in adding to the country’s growth and economic prosperity. Vaccination has been termed as a mandatory preventive method, as it prevents the transmission of bacteria and other types of viruses.

Many doctors have declared it as serious precautionary measure. There are different types of serious diseases such as yellow fever, tuberculosis, hepatitis, and meningitis that can be prevented through vaccination. Recently, a brand new vaccine known as RTS has been developed against malaria. Malaria has been declared as a deadly disease that has caused numerous deaths across the globe. This immunization, initially developed to cater to patients from Malawi in Africa, has been formulated and approved by the World Health Organization (WHO). If this turns out to be successful, then the vaccine can be circulated globally as an integral part of regular vaccination, on a large scale.

Different types of vaccinations one gets at different stages of life:

There are specific types of Vaccines which are given as preventive measures for specific type of diseases. Let us take a look:

• Chicken Pox: In case of chicken pox, a child needs 2 doses of chicken pox vaccine.. Normally the primary dose is administered at the age of 12-15 months, and the second dose is completed by the time the child is between four and six years old, at the Kolkata Hospital.

• Hepatitis B (Hep B): A child suffering from Hepatitis B, has to be given few doses of Hep-B vaccination. The first dose is administered at birth, the second dose is given at the age of 1-2 months, and the third dose is given once the child is four months old. The fourth dose is given when he/she attains the age of 18 months, but it is only under the supervision of doctors.

Currently, it has become mandatory for everybody to get the Hepatitis vaccine beforehand.

• Hepatitis A (Hep-A): Children suffering from Hepatitis-B have to be given 2 doses of Hepatitis A vaccine. Apart from children, this vaccine may be required for adults as well, at any stage during their lives.

• Influenza (Flu): This vaccination has to be given to children who have a relatively weaker immunity system and are more vulnerable towards catching infections, especially during winter. Some of the diseases that any vulnerable child is prone too are COPD, influenza, etc.

Increasing awareness on vaccination across all age groups will help reduce the global burden of diseases, promote a healthier work force and stronger economic growth for the nation.

Vaccines constitute a very important part of our life. Doctors at AMRI Hospitals suggest that the immunity system of a person is at its highest during one’s adulthood, which means that young children and elderly people are most susceptible to catching infections. But this can be controlled, if children are vaccinated from time-to-time. Vaccines still act as one of the age old preventive measures to protect a person’s immunity system. If a large part of the population is vaccinated, we can considerably reduce the rate of infections and strive towards a better society and a healthier world.