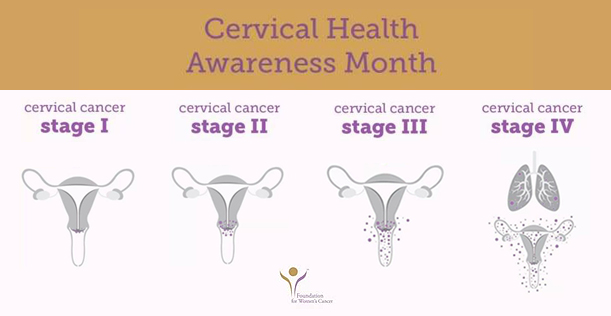 CERVICAL CANCER is the most common cancer among women specially in the rural areas in India. This affects the cervix, the mouth or opening of the uterus. More than 1.25 lakh women are affected each year, claiming an estimated 50,000 lives.

Multiple pregnancies at short intervals causing repeated injury to the cervix, leaving it no time to heal.

Sexual promiscuity on part of either of the partners

Most of these factors are preventable but, unfortunately, because of ignorance, unhygienic conditions and lack of awareness about personal health, cervical cancer continues to be a cause of large number of deaths in India.

Bleeding during / after sexual intercourse

Bleeding after a woman has attained menopause

These symptoms do not always necessarily denote cancer but are abnormal and need to be investigated.

Regular examination by an oncologist or gynaecologist and pap smear test can help in early detection of cervical cancer.

WHAT IS A PAP SMEAR TEST?

Using a wooden sterile spatula or brush, cells from the cervix are collected, spread over a glass slide and examined under the microscope for abnormal cells.

It is similar to Pap smear but with higher sensitivity to detect abnormality. This can also detect HPV virus infection.

Regular pap smear tests done above the age of 30 or 3 years after initiation of sexual activity whichever is earlier can help detect pre-cancer stage when usually there are no symptoms.

Postponing the birth of the first child to after 20 years.

Maintain good genital hygiene at all times, particularly while bathing and during menstruation. Your partner’s hygiene is equally important.

Sex education of adolescents with stress on safe practices

If you have any of the above signs and symptoms, seek medical help at the earliest.

Human Papilloma Virusinfection (HPV) is the cause of 80-90% of cervical cancers in India. Vaccination against high risk strains of HPV may help in cervical cancer prevention. It is best taken before the onset of sexual activity in one’s life. It may also be taken later in life up to 35 years of age. However, the efficacy of the vaccine goes down as the age advances.