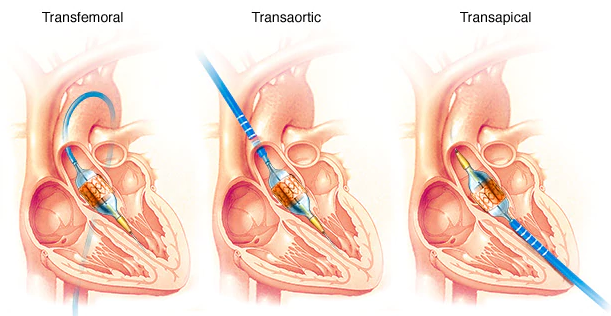 Marking its year of many achievements in 2018, AMRI Hospitals, the leading private healthcare group, established yet another benchmark by introducing an indigenous artificial valve for cardiac valve implantation, for the first time in Eastern India. Manufactured completely in India, the valve is not just cost effective but also meets global standards.

Over the years, AMRI Hospital, the best heart hospital in Kolkata has undertaken robust measures to widen the horizons of the country's healthcare sector. It is always on the lookout for innovations in the field of medicine.

The cardiac implant surgery was conducted on a 73-year old patient, Subhash Chandra Dutta, who is a resident of Chittagong in Bangladesh. It was conducted on December 29, 2018 by Dr PK Hazra, one of the leading cardiac surgeons at AMRI Hospital Dhakuria.

“Mr Dutta had fallen down on the street around 4-5 months ago after losing consciousness. When he underwent tests, he was diagnosed with severe aortic stenosis,” Dr Hazra said.

Diagnosing the medical condition, doctors at AMRI Hospital found that Mr Dutta was in need of Transcatheter Aortic Valve Implantation or TAVI, a procedure where an aortic valve is implanted using a catheter, which is a long narrow tube.

The catheter was inserted into a large blood vessel in the groin area. The patient also underwent a coronary angiography, which is a common procedure along with cardiac catheterization, used to measure pressures inside the chambers of the heart, where a catheter is pushed through an artery and carefully moved up into the heart.

MyVal-TAVR, the first ever indigenously designed and manufactured trans catheter aortic heart valve, was used in the surgery. The valve has been developed by Indian multinational firm, Meril, after the implant device received good reviews in places like the US, Brazil, and Saudi Arabia. The implant has already received approval from the Central Drugs Standard Control Organization, India’s answer to the American regulatory body, FDA.

“The valve is of international standard. It is not just at par with similar foreign devices but even better in many ways. It’s a proud moment for Indian healthcare,” said Dr Hazra.

While this is the first time that an India-made device has been implanted in Eastern India, it was launched after successful trials. “Mr Dutta is doing well after the surgery and he will be able to return to normal life soon,”.